DWB Consulting Services Ltd. (DWB) completed spring and summer surveys of amphibian populations, in aquatic and terrestrial habitats, surrounding the Williston Reservoir over a 4-year period (2015 – 2018). The primary objective of the study was to address the FWCP Priority Action Plans for Peace Region Uplands and Riparian and Wetland habitats, by developing cost-effective inventory and monitoring methods for amphibians in northern environments and conducting an inventory on the distribution, abundance, function, and connectivity of remaining riparian ecosystems around the Williston Reservoir. In addition, the project aimed to expand on the inventory of amphibians in northern British Columbia by creating an open database to be used for future impact planning and mitigation for these populations.

The survey was organized and implemented by DWB Qualified Environmental Professionals (QEPs). Six study areas, consisting of upland and wetland sites, were selected based on preliminary, office-based mapping exercises and habitat assessments. Traditional Ecological Knowledge on amphibian presence in the region was provided from the Tsay Keh Dene and Nak’azdli Whut’en First Nations. A stratified sampling approach was used to select terrestrial sites, which were surveyed during the day using a replicated “flower-plot” design. Distance sampling techniques were applied to transects established along roads and sites within the drawdown zone of the reservoir and were surveyed at night, during peak amphibian activity. Wetlands adjacent to terrestrial sites were surveyed according to RISC standards using temperature data loggers, pH, depth, turbidity, and aquatic plant identification to verify wetland classification. Adult amphibians captured during the surveys were measured, weighed, and photographed using a standardized photobox technique for marking and image analysis. Western toads (Anaxyrus boreas) and long-toed salamanders (Ambystoma macrodactylum) were implanted with a PIT tag for the purpose of detection in following years. After accounting for environmental variation and determining the best-fit model using Akaike’s Information Criterion, dynamic occupancy modeling was used to analyze amphibian captures using R Statistical Programming. GIS data was utilized to narrow down a list of covariates for the models. DWB acquired BC Animal Care Approval, a BC General Wildlife Permit, and a Park Use Permit for Ed Bird-Estella Lakes Provincial Park. Progress Reports were submitted annually and a final report combining all 4 years of the results was submitted in 2019. Overall, the project was able to provide sufficient baseline data for future monitoring in the Peace Region while improving survey techniques and best management practices for amphibian management in Northern BC. 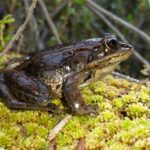 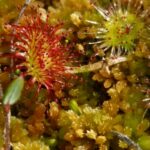 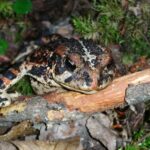 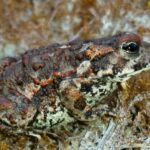 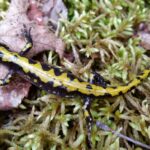 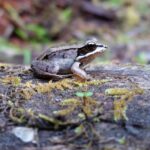 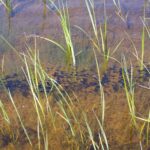 For the best experience, our website uses cookies. By continuing to use this site you agree to the use of cookies. learn more about our policies